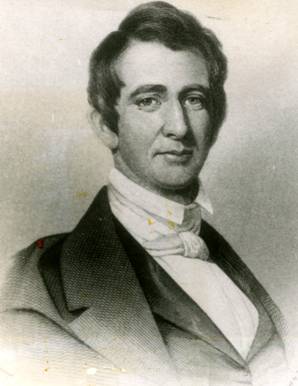 Seward Communication Arts Academy was named after a man of vision who was Secretary of State during Abraham Lincoln's presidency.  William H. Seward engineered the purchase of Alaska by the United States from Russia.  This purchase was initially referred to as "Seward's Folly".  However, his political peers and the citizens of this country soon began to recognize the importance of this resourceful purchase, strategically and financially.

Seward was built on the corner of 46th and Hermitage in 1896.  During the past years, Seward School has undergone a number of changes as it continues to serve the Back of the Yards Community.

An addition was built onto the original school building as Seward’s student population grew.   Mobiles placed on the playground to relieve overcrowding in 1972 were removed in 1993.  The Holy Cross School building located at 45th and Wood has continued to house ten classrooms of Seward students and teachers for over a decade.

Under the leadership of Seward Academy’s current principal, Mrs. Marcey Reyes, there have been many new and exciting changes.  First and foremost, the school was renamed the William H. Seward Communication Arts Academy.  The new name denotes a new focus for the educational program.  The use of creative writing, drama, public speaking, and technology has been integrated into the curriculum.

There are computers in each classroom which are networked into a mainframe providing e-mail and the internet.   The  computer lab enables students, teachers, and administrators the space for computer classes, workshops, completion of research assignments, special projects, internet exploration, etc.

Seward continues to be a Total Quality School (TQS).  TQS provides a framework with which the entire community - internal and external - can work together to establish quality standards, identify areas for process improvement, and implement internally developed plans for achieving quality, within the school, and throughout the community.

Seward has always and continues to be of service to the Back of the Yards community through the development of literacy programs, parenting classes, G.E.D. and ESL classes.

We, like Mr. Seward, seek to be people of vision.